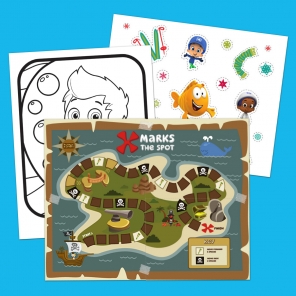 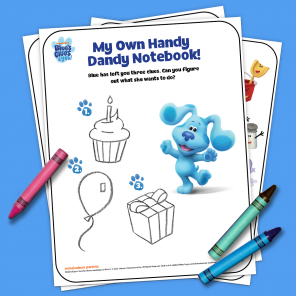 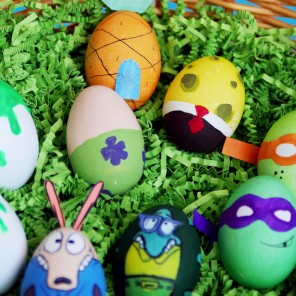 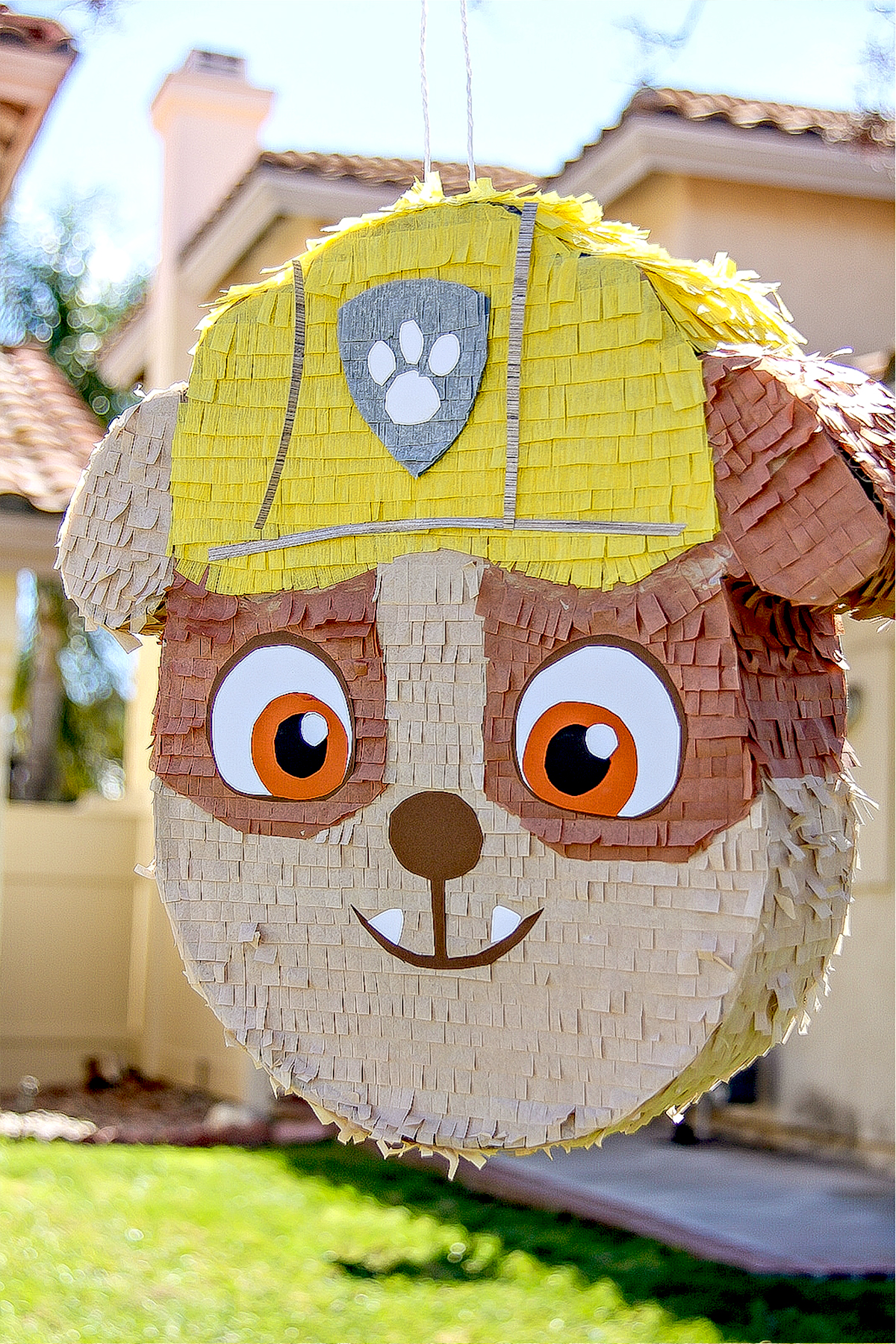 The phrase “homemade piñata” potentially sounds just as intimidating as “potty training.” While we can’t make those training pants disappear, we can show you how to build a Nick Jr. piñata out of cardboard and a few other supplies. Just follow the steps below! 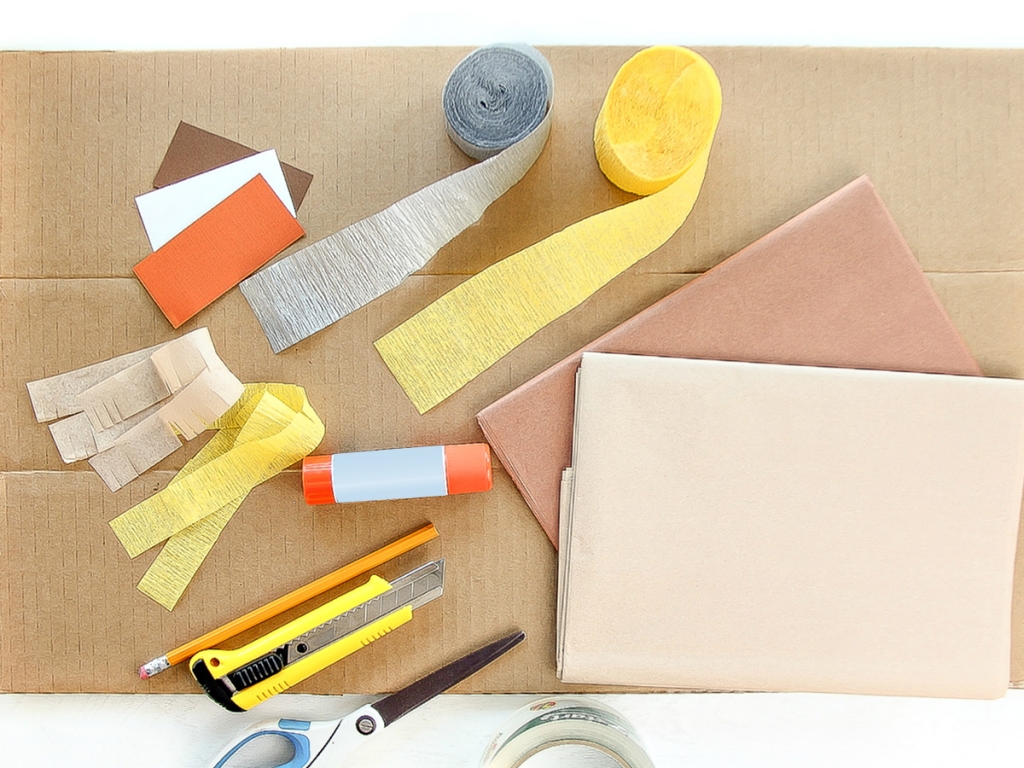 Step One: Sketch the outline of your kid’s favorite Nick Jr. friend onto the cardboard.

Step Two: Cut out matching silhouettes for the front and back of your piñata. Next, cut strips of cardboard about three inches wide to make the sides. 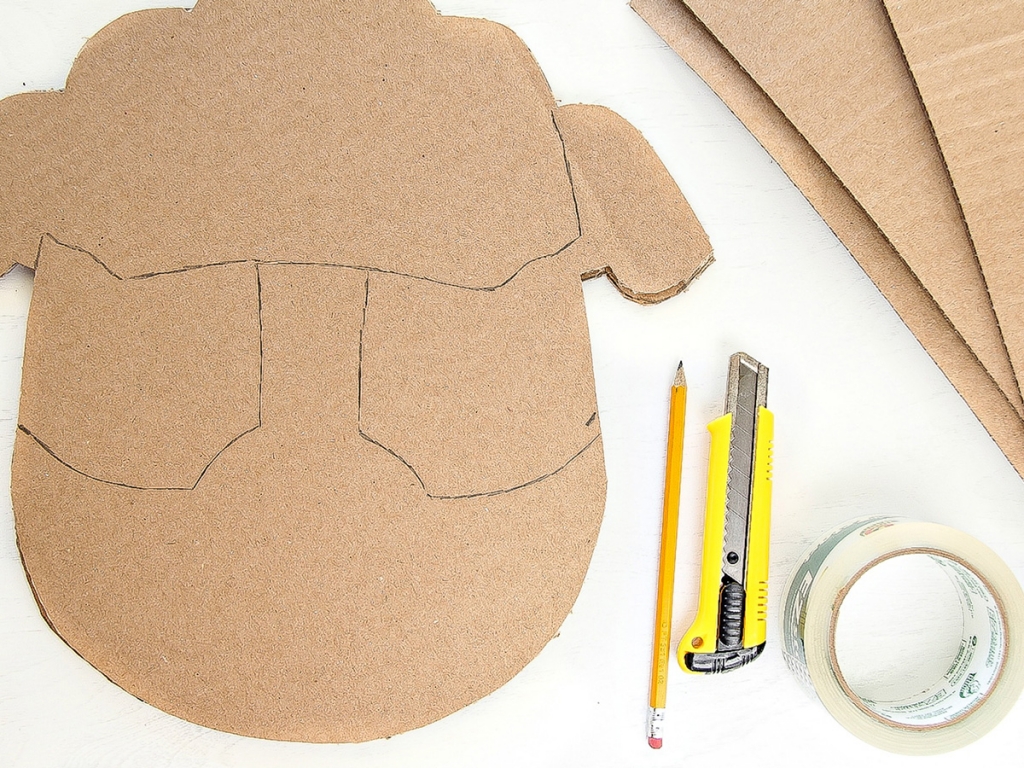 Step Three: Tape the three-inch strips to connect the front and back pieces of the piñata as seen below. This will give the piñata a 3D effect if done correctly. (Note: separate pieces of tape by at least an inch to make the piñata easier to break.) 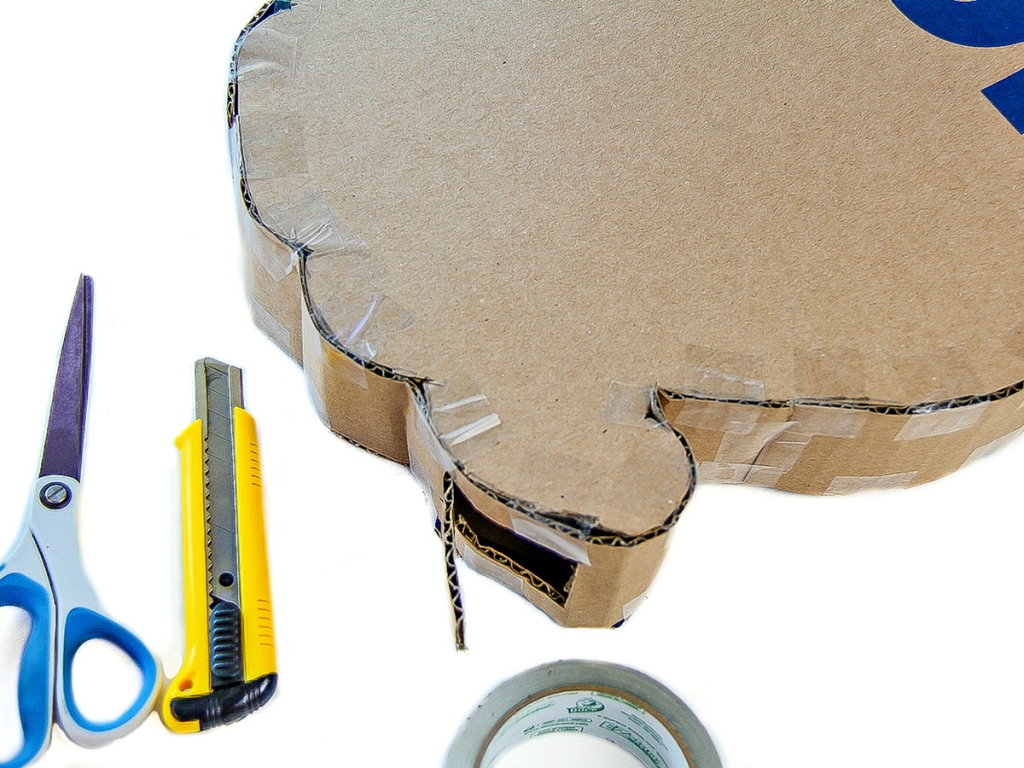 Step Four: Cut a small flap on the bottom or side of the piñata for inserting candy.

Step Five: Puncture two holes on the top of your masterpiece.

Step Six: Cut strips of crepe or tissue paper as needed. Then, cut fringes into the bottom half of the paper, as shown in the photo below. 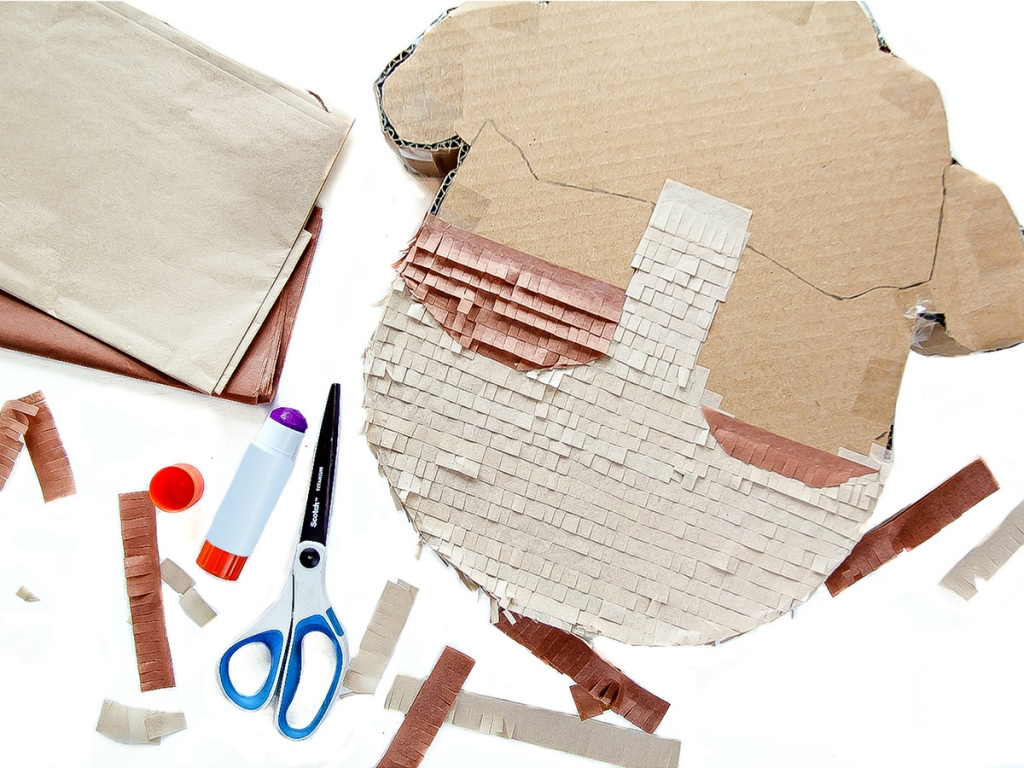 Step Seven: Working from the base up, attach the strips of crepe or tissue paper using the glue stick. 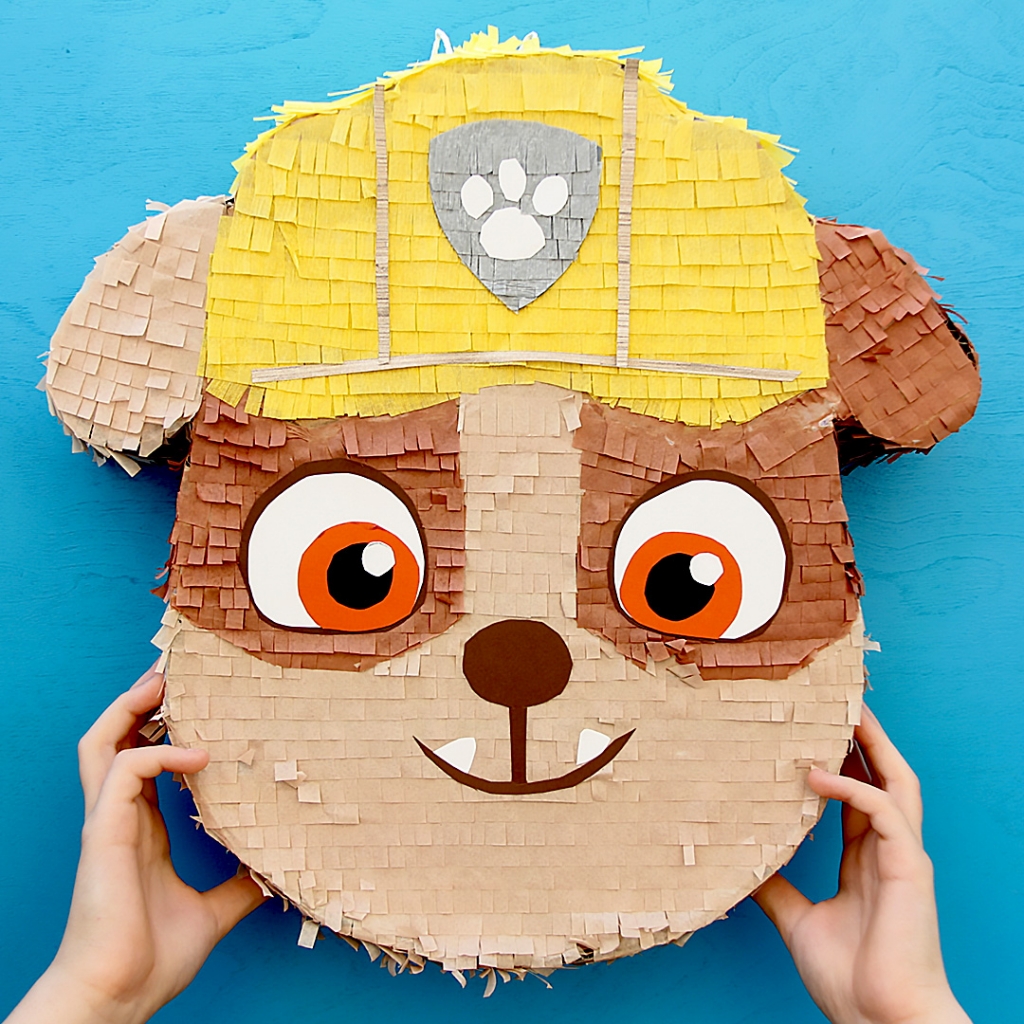 Step Nine: Cut a string long enough so that the birthday kid will be able to reach the piñata and loop it through the holes. Tie tightly at the top!

Step Ten: Fill the piñata with your choice of guts! Go the traditional route and use candy. Or, for a healthier option, fill with slime and other small toys.

Here are some examples of other Nick Jr characters! 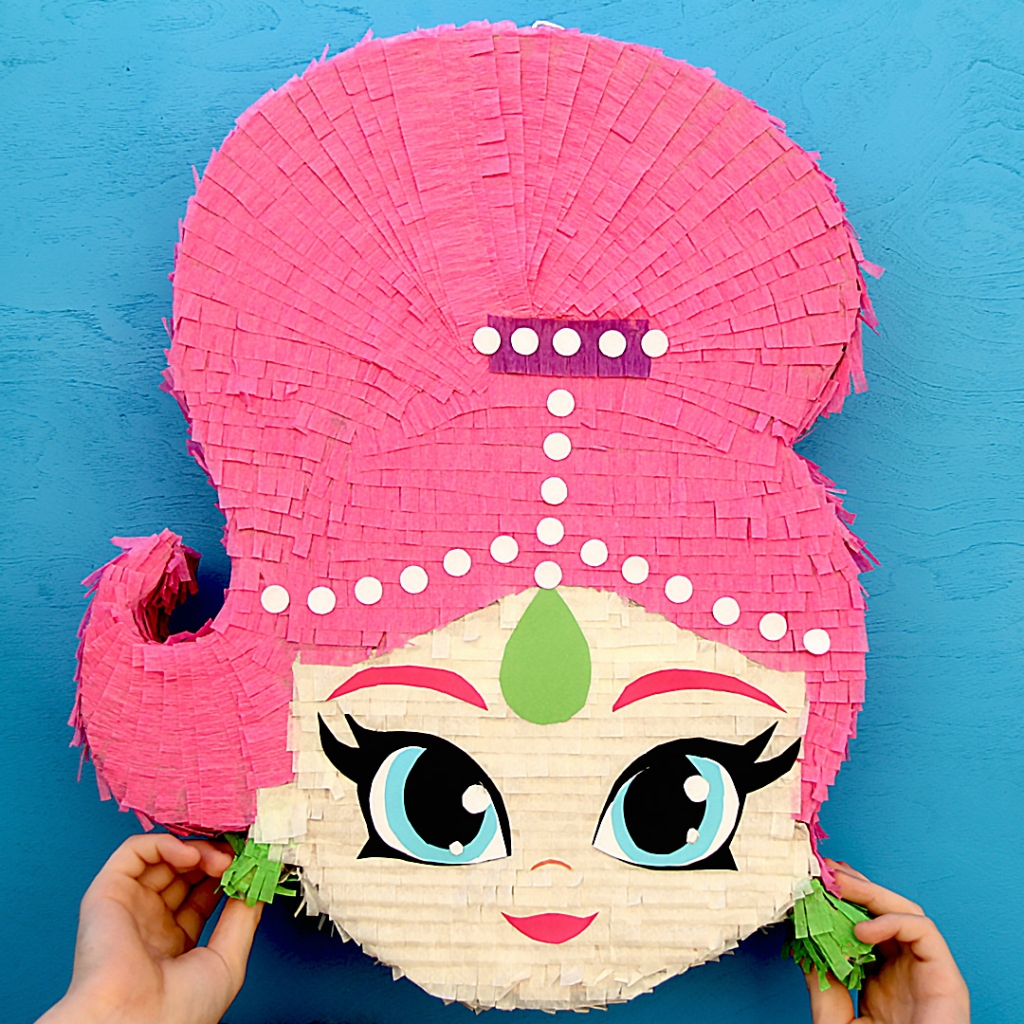 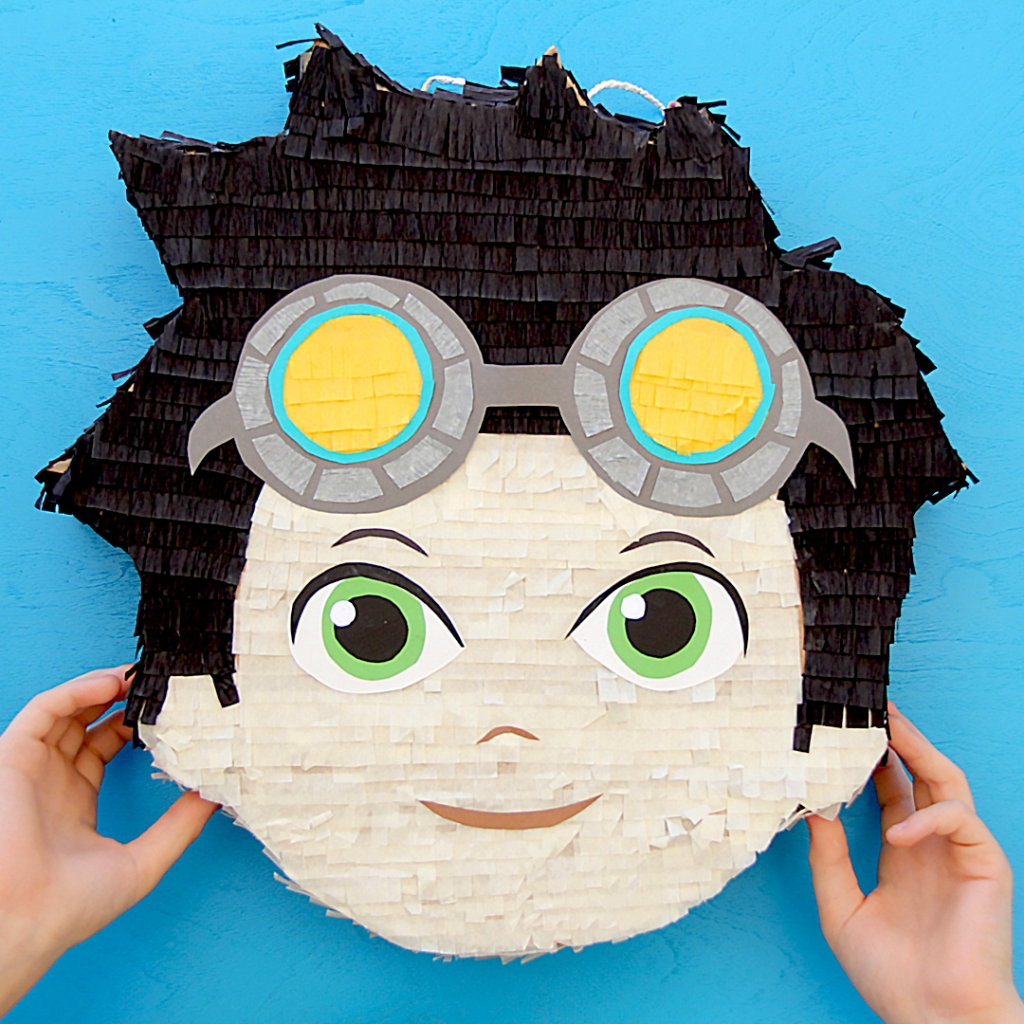 Blaze, Blaze and the Monster Machines 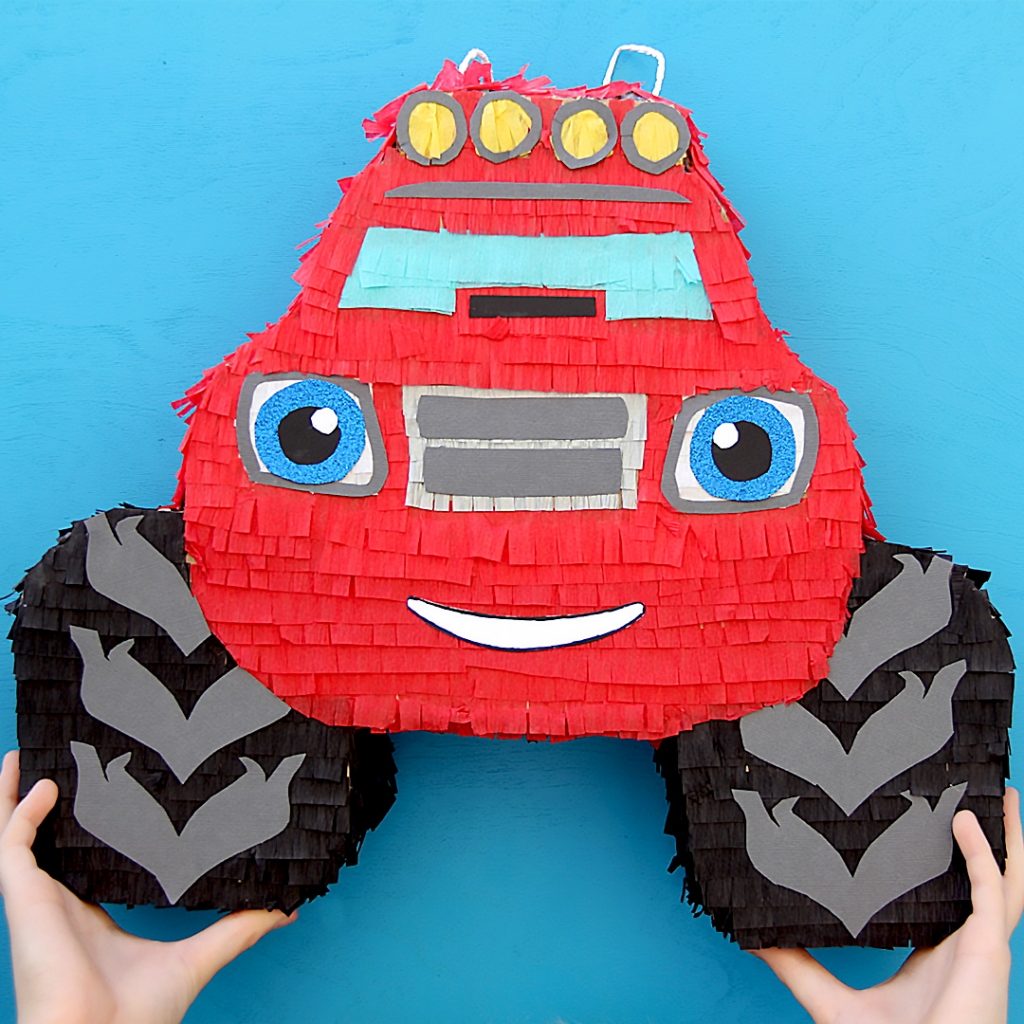 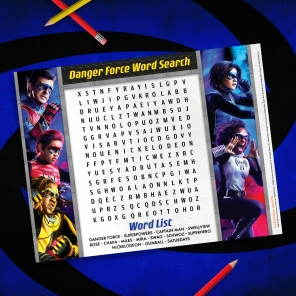 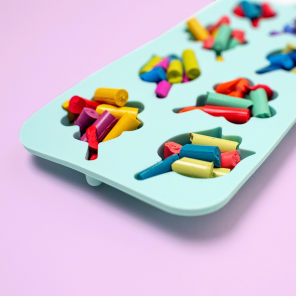 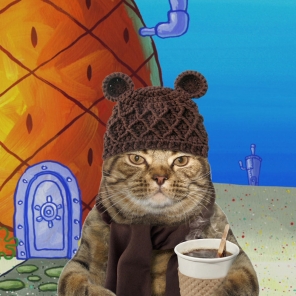 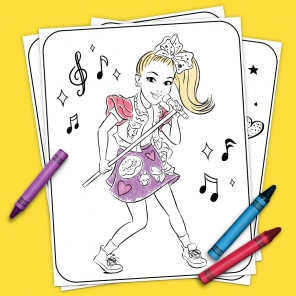